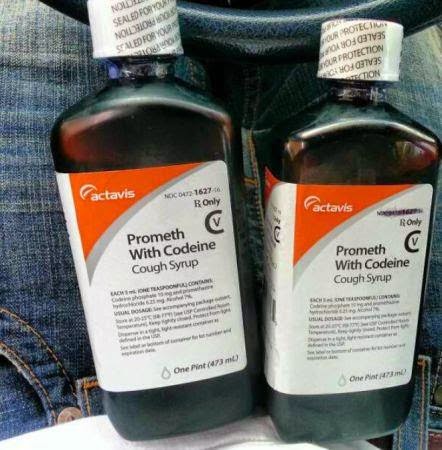 Codeine and Dihydrocodeine are opioid painkillers related to morphine.

They can be bought in the UK combined with paracetamol, ibuprofen, or aspirin for use in acute or moderate pain where the simple painkillers alone are not sufficiently effective at the maximum recommended dose.

Regulations governing the sale of codeine and dihydrocodeine were reviewed in September 2009.

We have added this notice to all such painkillers to advise of the new regulations.

Codeine Restrictions: Because of the danger of addiction we are limiting orders to one pack at a time for products containing codeine or dihydrocodeine, and not accepting further orders within a month.

Please read our articles on Codeine Restrictions, Codeine & Dihydrocodeine Information, and How To Choose a Painkiller for more information.

Codeine and dihydrocodeine are opioid painkillers related to morphine but have a weaker action in relieving pain.

Their painkilling effect is in the brain, and there are specific receptors in certain brain tissues to these opioid painkillers.

These receptors are the same ones that are sensitive to endorphins produced naturally in the brain by strenuous exercise, orgasm, or excitement.

Endogenous endorphins produce natural pain relief and cause sleepiness and feelings of pleasure.

Many people use codeine products wrongly.

This is because they don’t use simple painkillers correctly in the first place.

Paracetamol, ibuprofen, and aspirin should not be overused, but it is still important to take enough for them to work properly, right up to the maximum recommended dose.

Only if the maximum recommended dose, taken regularly, isn’t strong enough should you even consider using codeine containing product, and even then only use it for up to three days before consulting your doctor about the pain.

Codeine addiction can occur in as little as three days and should be seriously considered. (See How To Choose & Use A Painkiller).

“In my years of experience as a pharmacist, customers have been too quick to use codeine containing products before properly using simple painkillers.

The usual problem is that most people don’t take the full recommended dose of simple painkillers because they are afraid of side effects, and so they don’t get the full effect. Colin Winstanley (SuperLiving’s Pharmacist)”

Codeine and dihydrocodeine can be bought over the counter in the UK in some circumstances.

Codeine by itself is a Prescription Only Medicine and is available in 15mg, 30mg, and 60mg strength tablets.

However, low doses of codeine with typically 8mg of codeine phosphate are available as a Pharmacy Only Medicine when combined with aspirin, paracetamol, or ibuprofen, and can be bought over the counter from a registered pharmacy in packs of up to 32 tablets.

Codeine suppresses coughs and is used as an antitussive as Codeine Linctus which is available to buy over the counter as a Pharmacy Only Medicine in the UK, though we do not sell this due to the chances of addiction and misuse.

Dextromethorphan has largely replaced codeine in branded cough mixtures as it has a similar cough suppressant action but causes less drowsiness and addictive potential.

Pholcodine is closer in structure to Codeine and is still used.

Side Effects Of Codeine & Dihydrocodeine

The main side effects of codeine and dihydrocodeine which may occur are drowsiness, dizziness, constipation, and the danger of addiction.

Nausea and allergic reactions may also occur. Drowsiness or dizziness can affect concentration, and if this happens it is not advisable to drive, operate machinery or do anything that could be dangerous.

Rebound headache can also be a form of addiction where these products are used for too long to relieve headaches, and then headache is a withdrawal effect that causes people to continue to take them.

Codeine and dihydrocodeine can cause addiction as they are closely related to morphine.

This possibility of addiction has long been recognized, and the extent of addiction to over-the-counter codeine has been estimated at 30,000 in the UK, which may just be the tip of the iceberg, as such addictions are difficult to detect and people are reluctant to admit to it.

Addiction can creep up on people gradually as they become tolerant to codeine, feel worse when they stop taking it, and so carry on, but addiction means that higher and higher doses are needed to get the same effect.

Addiction to codeine and dihydrocodeine in some over-the-counter (OTC) painkillers has long been recognized, and the regulations governing their sale and the instructions for use are regularly reviewed.

This was done in 2005. The latest review in September 2009 recommends that all packs now carry a prominent warning on the front of the pack stating “Can cause addiction. For three days use only”.

In addition, the direction leaflets will now also contain the warnings:

Additional recommendations are that codeine-containing products should not now be recommended for mild pain, only for acute or moderate pain.

Neither should they now be recommended for colds, flu, coughs, and sore throats.

Rebound headache can also be caused by overusing codeine for headaches and is a form of addiction that can only be cured by stopping the codeine.

The Art of Happiness