Men and women think in different ways, which leads them to see the world differently and act differently.

This idea is fundamental to understanding the opposite sex and having great relationships. 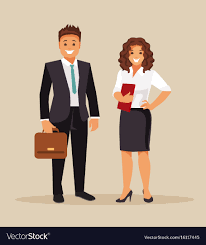 There is a stage in everyone’s life where you realize that other people don’t think in the same way that you do, and this is especially true of the way that women and men think.

This can lead to all sorts of basic relationship problems which can escalate into big problems, and at this stage may be impossible to solve.

However, understanding the differences between the way that men and women think at an early stage of a relationship can help to stop little problems in communication becoming big problems.

How Men's & Women's Brains Are Different?

Men And Women Use Different Parts Of Their Brains For Thinking

Men and women perform equally well in general intelligence tests, but have some differences in specific skills, as is wittily described in ‘Why Men Don’t Listen and Women Can’t Read Maps’. This difference is inbuilt because in some ways their brains actually work differently.

Men think more with grey matter and women more with white matter in the brain.

This would explain why women are better at multitasking than men because they can process the information on several different things at the same time, while men are better at concentrating on one topic at a time.

Brain research shows that left-brained thinking is more favored by men, where individual pieces of information are added together to form the whole picture. The right side of the brain is favoured more by women and is the more visual, intuitive, and creative side of the brain where information is processed all at the same time to show the whole picture.

The right side of the brain is more focused on the present and the future, and the left side in the present and the past. This could explain why women have better memories of past events and men are more future goal orientated. This is a bit of an oversimplification but is generally true.

An interesting note is that men can sometimes swap from entirely left-brained thinking to entirely right-brained, but are not good at combining the two. Women, on the other hand, are better at accessing both sides of the brain together and integrating all the processes together.

This may have something to do with the fact that the corpus callosum which joins the two halves of the brain together is larger in women and has more nerve connections between the two halves.

The Art of Happiness